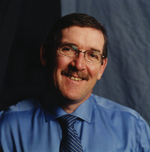 The folly of planned obsolescence
The automotive industry actually invented the concept of “planned obsolescence”. In 1924, when the U.S. auto market was reaching saturation, Alfred P. Sloan, the famous president of General Motors, suggested annual model-year design changes to convince car owners they needed to buy a new replacement vehicle each year or almost every year. Critics called his strategy “planned obsolescence”, Sloan preferred to call it “dynamic obsolescence”. Some also believed this was at the root of lower quality products in that by the 1950s the term came to represent products that were “designed to break easily, not work properly or become less functional”. Not a good image to have for the automotive sector, to say the least!

This strategy had far-reaching effects on the automotive sector, the field of product design and indeed the entire economy. The smaller automotive players could not maintain the pace and expense of yearly re-styling and as they failed, we ended up with the “Big Three”, which we now call the “Detroit Three”. And many would argue that the quality of vehicles, even those made by the Big Three, suffered because of this high cost, although the lack of serious competition was also a core reason for poor quality.

Competition drove quality
Volkswagen (VW) of all companies started to break the mould. In the late ‘50s, while recognizing the widespread use of planned obsolescence in the sector, the German automaker pitched itself as an alternative: “We don’t change a car for the sake of change” was their tag line. In 1961 VW actually ran an ad that showed a blank page with the tagline of “NO point in showing the 1962 VW, it still looks the same”.

The Japanese invaded the North American auto sector in the mid-1960s. Because their products were initially viewed as highly inferior to Detroit-built vehicles, these automakers began a decades-long push to address their quality issues, much of which centered on adopting the practices preached by William Deming. These are:
1. Better design of products to improve service.
2. Higher level of uniform product quality.
3. Improvement of product testing in the workplace and in research centres.
4. Greater sales through global markets.

Recognizing the huge market share success of the Japanese vehicle companies, by the 1980s every company was focusing on improving the quality of their vehicles. And here we are today with the highest quality of vehicles in the entire history of the sector.

Measuring quality today
There are many ways to measure this improvement. You read about them almost daily, J.D. Power being the most public. But there are many others that track quality.

We have two measures: the first are survival rates and the second is the average expected useful life of a vehicle. We have data going back into the 1970s and back then it took between 15 and 18 years to remove 90 per cent of the vehicles bought in any one year, with large variances by brand. (Note: we believe that when 90 per cent of vehicles have been removed from the roads that they are essentially gone since the final owners hold their vehicles until they die or are collectors).

As a statement of how much quality has improved, it now takes 27 years to remove 95 per cent of the vehicles bought in any particular year and remember those are vehicles that were bought 27 years ago i.e. 1991 models. We believe it will now take upwards of 35 years for 95 per cent of vehicles bought today to disappear, so about double the timeframe of the 1970s.

In the chart (left) I point to the survival rate for 15-year old vehicles. In the year 2000 only about a quarter of vehicles survived 15 years of ownership. Last year over 50 per cent were still on the road after 15 years: more than double. Indeed, survival rates for almost all model years have increased, especially older vehicles.

Now what does this have to do with the financing of vehicles? I believe there are at least five very significant impacts. Or better put, opportunities created in the vehicle finance sector related to better quality.

First, higher quality means a lower cost for buying and owning a vehicle. For upwards of two decades the Statistics Canada consumer price index or CPI for new vehicles has been in and around one per cent per year in Canada. The general inflation rate has been a point or two higher over this period. With any good, like vehicles, when prices are moderate or decline relative to other goods in the economy consumers buy more and that is exactly what has happened. We now buy about 2 million vehicles a year when for the longest time a market of about 1.5 million vehicles per year were considered a peak. Those extra vehicles represented a lot of opportunity for the finance sector, not only for new vehicle sales but for used vehicle sales as well.

Second is the growth of personal-use vehicle leasing by consumers. The profit margin on a leased vehicle is largely dependent on correctly forecasting its residual value. If done right, a finance company can make a lot of money, but if it is wrong it can be a disaster. And there have been a number of multi-million-dollar mistakes related to not correctly forecasting residuals.

Now go back to the average expected life of a vehicle. In the 1970s the first owner of a vehicle typically drove it for four years and used up 70,000 to 80,000 km. The vehicle only lasted 150,000 km, so the second owner was in essence only buying an additional 70,000 to 80,000 km of use. The residual value of that vehicle was somewhere between 10 per cent and 30 per cent of its original MSRP (manufacturer’s suggested retail price) and thus the monthly payment for a lease did not go down that much versus a loan, but more importantly the residual value was very volatile due to poor quality. The lessor did not know whether the residual was going to be 10 per cent or 30 per cent: it essentially was a guess. Thus, there was a very high risk to leasing and it didn’t offer much of a monthly payment advantage. Consequently, there was little to no leasing of personal use vehicles.

Today that same consumer may drive a little more, say 80,000 to 100,000 km during the first four years, but the vehicle will last 250,000 km to 300,000 km, so the second owner is buying at least 150,000 km and upwards of 200,000 km of additional use. Because of this, the residual value of a four-year-old vehicle in now in the 40 per cent to 60 per cent per range: with outliers above and below this level. Higher residuals mean much lower monthly payments, thus making it easier to sell a vehicle. But, almost as important, because of high quality there is less volatility in residual values, and thus much lower risk for the finance company in a lease product today than there was a couple decades ago.

With lower monthly payments and stable residual values we now have a vibrant leasing market. And at the root of it is the much higher quality of vehicles.

Third, higher quality vehicles have resulted in much longer ownership periods. In Canada the average ownership period for vehicles (if bought new) is now between six and eight years depending on a number of factors. Why? There isn’t much that goes wrong with a younger vehicle so why change? And this is at the root of these longer amortization periods (amps) that have invaded the sector. I believe amps are very closely tied to ownership periods. In addition, since vehicles hold their quality so well there is more equity in a vehicle as it depreciates and thus less “default risk” for the finance company as a loan or lease matures. Thus, the growth in amortization periods.

Fourth, higher-quality used vehicles. To get one first you manufacture a high-quality new vehicle and then let someone drive it and eventually trade it in and it is checked out, spiffed up and put on the lot with a flashy sign. There was a day and age when many consumers avoided the used vehicle sector because, as they say, “You are buying someone else’s problems”. This issue hasn’t been eliminated with high-quality vehicles, but it certainly has been lowered. So, buying a used vehicle is much safer today than only a decade ago. And remember, vehicles last twice as long, so there is now at least one extra owner during the life of a vehicle.

In Canada there are now three or four owners through the life of a vehicle, versus two or three owners a couple of decades ago. And because survival rates are so high there are a very large number of older used vehicles on the road at more affordable prices. This has resulted in Canada having one of the fastest growing ownership rates in the world. Ownership of vehicles in Canada has increased from two-thirds of the driving population at the turn of the century to 88 per cent last year. That means there are an additional 10 million vehicles on the road.

The used vehicle market at the turn of the century was typically between 1.5 and 1.8 million units. Last year it broke 3 million units for the first time and is heading towards 3.5 million units although this might take a few years.

As a result, the high quality of new vehicles has led to a dynamic and rapidly growing used vehicle market and one of the biggest opportunities today in the finance sector is financing of used vehicles, especially younger and middle-aged used vehicles.

What’s down the road?
Looking down the road look for more leasing; no fall back in amortization periods. While I am not sure they will grow but I’m quite sure they will not go back to the classic 48- or 60-month periods. There also will be continued growth in the sub-prime category and rapid growth in the used vehicle markets and thus continued growth in the financing of used vehicles. And finally, the overall market for new vehicles should remain in the 1.9 to 2.1 million range for quite some time.

There now appears to be little doubt that the new vehicle market has peaked and will be soft this year and next and possibly a third year. But the fundamentals of demand are still fairly strong, so I don’t see any chance of a free-falling market. We bought about two million vehicles the last three years and I expect that to fall back by about 50,000 to 75,000 vehicles this year. In a couple of years, we could fall below 1.9 million vehicles per year, but it should be short-term. And remember for close to 20 years our cyclical high was between 1.4 and 1.6 million vehicles: nobody should complain about a 1.9 million market.

That being said, the used vehicle market is poised for very rapid growth. The upcycle in the new vehicle market is now about eight to nine years old so a lot of middle-aged vehicles are heading to the market. At the same time, fleet sales have been robust, and they come back on a one to three-year cycle and leasing is now back above 30 per cent and these vehicles typically come back on a three-to-four-year cycle. There should then be plenty of supply to feed the demand for used vehicles.

Dennis DesRosiers is president, DesRosiers Automotive Consultants Inc. (DAC), (www.desrosiers.ca), which is the only consulting and market research company in Canada that works exclusively in the automotive sector. Our business stretches across all aspects of the automotive industry from parts manufacturers to dealers.

More rapid transit down the tracks