Canada’s trucking fleet, both for-hire and private, is unlikely to grow in the next few years. According to the Private Motor Truck Council of Canada (PMTC) (www.pmtc.ca) the split is roughly 50/50 between for-hire and private class 8 trucks on the road, with private fleets accounting for 70 per cent of smaller urban delivery vehicles. Financing options and preferences, between owned and leased, will likely remain the same, at 50/50.

But under the hood there are changes rolling, in fleet makeup, powertrain and technology, driven by economic and environmental transformation. To grasp the wheel on them Canadian Equipment Finance recently interviewed PMTC president Mike Millian. He literally has a hands-on understanding of the industry through having been a driver, trainer and fleet manager. Here are his insights:

Excess fleet, of trucks, tractors and trailers. The truck-to-load ratio is 3:1 on open load boards, where it should ideally be 1.5:1 or 1.25:1, allowing for demand spikes and for maintenance and repairs. The excess supply occurred as a result of a quickly growing economy, both in Canada and the U.S.. It also took place in conjunction with the electronic logging device (ELD) mandate in the U.S. in December 2017. In Canada federal ELD regulations were posted in The Canada Gazette Part II on June 12, 2019 with a compliance date of June 12, 2021 [see box].

The initial decline in capacity was a result of some noncompliant fleets having a harder time “hiding drive hours” with ELDs, as well as from the surge in the economy, which created a supply shortage of trucks, resulting in increased rates for shippers and higher pay for drivers. The freight demand has since declined and fleets have adjusted, leaving with an excess of trucks again and decreasing freight rates. As a result, it will be unlikely there will be many large truck purchases in the near future. But the excess of trucks is mostly in the for-hire sector, as the private fleets are able to closely match supply with demand through tight internal coordination as well as short term rental or usage of third-party providers for peak periods.

Driver shortages. It is becoming an issue in Canada with Baby Boomers retiring and far fewer of those under 30 years old joining the industry. Consequently, the average age of trucker is now over 50 years old and these drivers want to do shorter, local runs and be closer to family. As a result, companies have to recruit lesser-skilled-and-experienced drivers and spend more time and resources training them.

E-commerce to change fleet composition. The e-commerce boom is leading to smaller loads, creating less demand for large tractor-trailer trucks and more need for smaller trucks. Retailers that would have large trucks sent to stores that customers have typically shopped at now send them to local distribution centres that then dispatch smaller vehicles to customers’ premises i.e. “last mile”. But this new fleet could also be commercial vans or Uber-like cars, mini-vans or SUVs.

Driver-assisted, not autonomous trucks. So-called self-driving or autonomous trucks are not proven nor are they practical for where they share the road with other vehicles and interface with other users (cyclists, pedestrians). The guidance systems work well only in controlled environments like off-road, such as forestry, mining and oilfields. But their effectiveness is limited in poor weather, markings, detours and where signals are weak. Instead these technologies have roles in assisting drivers, such as adaptive cruise control and forward collison mitigation systems, just to name a few. Advanced safety systems, coupled with well-trained professional drivers, will be the safest vehicles on the road and have the best chance of improving road safety.

“I prefer to call these technologies driver-assisted,” said Millian. “They should and would function like similar technologies in aircraft. The drivers, like the pilots, are ultimately in control. They monitor the controls and systems and are at the ready to take over when needed and in emergencies. As we are on highways however, with multiple other road users, drivers will be in control in many more situations on the ground than when a pilot is in the air.”

Electric trucks have their place. Zero-operating-emission battery-electric powertrains have found a role in Canada in last mile and drayage where weights are constant to avoid severe battery drainage and where fleets return to their yard nightly, allowing for consistent charging locations and times. These vehicles are also quieter as well as cleaner, making them more acceptable in neighbourhoods. The batteries have held up in cold Canadian winters.

But electric powertrains are not yet practical for longer-distance trucks. They lack the range and the infrastructure e.g. the charging stations not there. Electric trucks are also heavier, which may force some operators to carry lighter payload, hence earn less, to keep within weight limits. The same issue exists with lower-emission natural gas powertrains as they have heavy insulated fuel tanks, unlike diesel or gasoline or propane-fuelled powertrains.

“All vehicle power options have their place,” said Millian. “The diesel truck will remain dominant particularly for longer hauls, over the road, for the foreseeable future, in my view. There is no substitute that can yet match its efficiency. But if governments want operators to use electric or natural gas trucks, they should give operators a break on weight limits for use of greener vehicles. The fuelling network and charging infrastructure also needs to be created for long haul applications.”

ELDs are tamper-resistant devices that are integrated into commercial vehicle engines, explained Transport Canada in a press release. They are intended to ensure that commercial drivers drive within their daily limit and accurately log their working hours. The devices track when and how long drivers have been at the wheel, and ensure they are complying with the Government of Canada’s Commercial Vehicle Drivers Hours of Service Regulations.

The use of the devices also reduces administrative burdens, added Transport Canada, such as eliminating the need for paper daily logs and reducing the time enforcement officers need to verify regulatory compliance. Additionally, these new devices are aligned with U.S. road safety regulations.

Transport Canada said it conducted extensive consultations with industry to ensure the implementation of the devices are feasible. As a result of these consultations, a third-party certification process will be put in place to ensure that the electronic logging devices will be accurate and reliable.

“These new mandatory logging devices in commercial vehicles will improve safety for drivers and for all Canadians,” said Transport Minister Garneau in a statement. “Collaboration with stakeholders and partners was key to putting these regulations in place. I thank my provincial and territorial colleagues in helping to develop this technical standard and look forward to them introducing this requirement for operators within their jurisdictions. We know that fatigue increases the risks of accidents and that is why we are taking action across all modes of transportation.” 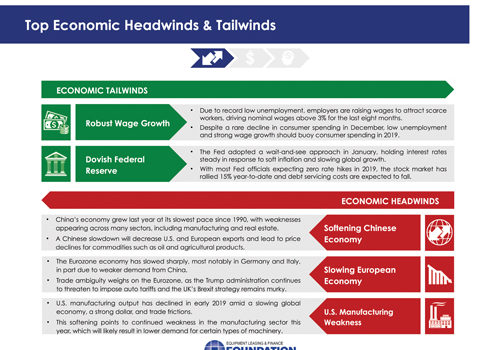